At the time of the interview with Bruce Watt he confided that his health was not that good however as the discussion progressed the crinkly smile and the laughing eyes became more frequent and the stories flowed. Talk moved to the test against Wales in 1963, a match in which Watt kicked a drop goal, clinching victory for the All Blacks and ending a run of defeats that went back to 1935. In a flash he had jumped from his chair, grabbed a book and thumbed through the pages to the photo of him dropping the goal. He positioned himself against the wide windows of his house, with rain lashing the glass, and in a moment we were all with him at Cardiff Arms Park. He pointed to a Welsh figure in the corner of the photograph and demanded that we tell him what had happened… “why was the Welsh flanker behind him as he steadied for the dropkick?” ‘No” we said, “you tell us”. By now he was once again the team tactician, a thinking pivot, the test still had time to run and the All Blacks were despairing of scoring against the tenacious Welsh defence. “This fellow was set to crash tackle me and Monkey’s [Briscoe] pass had ballooned…I had to decide what to do…so I went back with the pass… the flanker ran past me…and the kick went over.” For just a moment Jerry Rowberry and I pondered whether we should applaud, such was the relived excitement but we said nothing, basking in the glow of this lovely man whose vaulting spirit had overcome its present physical deficiencies to once again dance on the muddied fields of his youth.

Bruce Watt’s family farmed near Hunterville. He attended Wanganui Tech, playing in the first XV for three years. The life of a dairy farmer is not easy with its daily routine and because of this but also possibly because of the sudden death of his brother Watt decided against farming and joined the Bank of New Zealand. He played two full seasons for Wanganui, making his debut in 1957 at first 5/8th as an 18 year old. In 1959 he moved to Christchurch and on the recommendation of Jack Rankin joined the Christchurch Club. He was to give distinguished service both on and off the field for the next 12 years, as he and his wife Val said, “these were the happiest of times…we had great fun and made so many good friends.”

His service to the Club was not just as an exceptional fly half but he coached underage teams, sold raffles and ran the pre-season fitness sessions. The 1969 annual report noted this specific contribution saying, “To Bruce Watt goes our grateful thanks for the hours he spent giving our coaches assistance, attending many practice sessions and the words of wisdom he gave various teams at half time were very much appreciated and also as the clubs PE instructor we say once again, thanks Bruce.”

In 1959 he was elected to play the West Coast early in the season and was, from that time on a fixture in the Canterbury team, invariably playing all the A team fixtures. By the time he retired in 1968 he had notched 117 games for Canterbury and in all 197 first class appearances. His durability was amazing and in part he put this down to changing his pre-season work to build an aerobic base, much in the Lydiard manner. His passion for fitness led him into running marathons and he completed a number, some it must be said of an unusual manner.

Most notable of these were his marathons on the team bus coming back from the West Coast. Chris Laidlaw relates that at a certain point on the homeward leg Watt would announce it was time for the marathon. He would strip down and instruct the driver to check the speedo and away he would go up and down the aisle until the distance was completed. All in good fun and from those who witnessed it unforgettable.

In 1959 he was elected for the NZ Juniors and was clearly marked for higher honours, despite the number of high quality 1st 5/8s around. He was a compact player, able to kick with both feet, a good passer and above all - especially in Canterbury - an adroit blindside runner. Representation for the South Island followed in 1960 and 1961 and he was called to the national trials in both years. At the time Neil McPhail from Canterbury was an All Black selector and it is likely that he supported Watt’s cause because in 1962 he was picked to tour Australia and in his test debut scored two tries. Bizarrely though he didn’t play the next test because the manager favoured rotation of players and as Watt himself said, “this was a long time before rotation became fashionable…back then it was just odd.”

The following year he played both tests against England and was chosen, along with Christchurch team mate, Derek Arnold, to tour the UK, France and Canada. On tour he played the tests against Wales, Scotland and England and in all played 20 matches. It was a happy tour and Watt enjoyed the rugby and the fun of touring. He appreciated the way Frank Kilby, the manager, and Clem McPhail handled the team. “They treated us as men…there were no curfews but Gruppy [McPhail] did say, ‘you blokes are here to play rugby and if you can’t train or play well you won’t be playing.” During the tour Mackie Herewini played two tests at first 5/8 and this rivalry was to intensify in the years to come.

Watt’s final test was in 1964 was against Australia and the All Blacks secured a narrow win. By now Fred Allan was having a greater influence on selections and he wasted no time in bringing his own stamp to the team. By the second test both Watt and Chris Laidlaw had been dropped and were replaced by newcomer Peter Murdoch (Auckland) and Des Connor (Auckland). “Really from that point on I was out of favour”, reflected Watt, “no matter how well I played in the trials I was on the outer.”

Herewini and Murdoch held the pivots position together for the next 2 years but in 1967 Watt sensed he might have had a chance of selection for the shortened tour of the UK and France, with Murdoch out of the picture. He trialled well both in Christchurch and then in Wellington but in Wellington Earl Kirton got the nod for the final trial. “I was playing well…possibly at the peak of my form but Fred was not one to admit weaknesses so Earle got in.”

Watt’s comments on his form are verified by the 1968 Rugby Almanack which soberly said, “However, coming along were two South Islanders, and we feel that at the end of the trials had brushed Herewini aside. One of these was EW Kirton…the other was BA Watt who was most unfortunate to miss selection.” Later in the same publication it said, “”Watt, who recorded his 100th game for Canterbury during the year, was in brilliant form in the latter part of the season, quick in his passing and lively in his appreciation of the possibilities of a situation…”

And for Watt this rejection was a signal it was time to finish. There was one more season for Canterbury and he announced his retirement, playing the occasional match for Christchurch in 1969. In the succeeding years he served as a South Island under 18 selector 1972-75 and as Co-Coach for Marlborough (1976) and Nelson Bays (1978-79).

After his retirement he played occasional games for the Cantabrians and Centurions. Brian ‘Chub’ Hays a stalwart of Canterbury University rugby recalls playing for the Cantabrians in match in Nelson. “At one stage Bruce called an old Canterbury move and there were players going everywhere…suddenly the gap was there and Dangle [Watt] was steaming through…without the ball which he had dropped and there was Bruce standing there laughing his head off”.

Late in the night the pair drove back to Blenheim in Watt’s aged Morris Minor. It must have been a sight because at that time Chub was around 19 stone and Watt was significantly lighter. Mid-way through the trip they chanced on a country pub but as it was a Sunday the doors were shut. “Not a problem Chub” said Watt, “I’ll sort it.” a few moments he returned somewhat dejectedly, “the buggers won’t let us in but I’ll fix that”. He rummaged in the back of the car and came out with his All Black blazer, putting it on he strode to the door and was greeted with open arms. “And he never paid for a drink all night” concluded Hays. 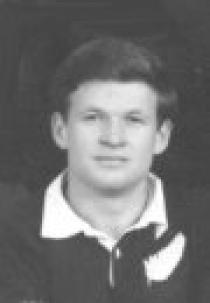