The inevitable drift to professional rugby had begun well before the 1995 crisis that threatened to take the All Blacks into a professional competition that would be outside the NZRFU and the IRB. The Cavaliers tour of South Africa in 1985 was seen in some quarters as highly treasonable and over the next ten years there were allegations and counter allegations over payments to players at club and provincial level. In Christchurch club rugby the CRFU’s decision to have a strict promotion relegation and two senior divisions led to a spate of clubs paying players to transfer and hopefully avoid relegation. When Mike Brewer joined Christchurch in 1994 the seniors were battling to hold their own. In the two years he played for Christchurch the results did not notably improve but a number of players who were in the those teams are adamant that Brewer, by his own efforts and the standards he set, helped the seniors get back to being competitive. Asked whether he had been paid during that time Brewer emphatically said “No, not any stage” and went on to decry the trend in club rugby today for young players, just out of school, to demand money and gear. It was an interesting comment because Brewer was at the sharp edge of the WRC bid to take over the All Blacks and, according to journalist Phil Gifford, held the Canterbury team together as they resisted the NZRFU offers. Whatever the niceties of this debate Brewer deserves recognition for his contribution to Christchurch and Canterbury rugby at a time when there was a need for strong on-field leadership.

By the time Mike Brewer joined the Christchurch Club he was a well-established All Black with an impressive playing record for Otago. In a sense there is a parallel to Ron Stewart the burly South Canterbury forward who joined Christchurch after the 1928 tour of South Africa. Stewart, like Brewer, added something special to the senior team and while Stewart was a key member of the 1930 championship team Brewer’s greatest contribution was to be for Canterbury.

Mark Mayerhofler said that Brewer had an extremely high pain threshold and was prepared to keep pushing himself especially if it was part of fitness work and was not afraid to push others. When interviewed Brewer agreed but his responses showed that he was an athlete who understood the potential of his own body and was prepared to keep pushing. He quoted John Walker who said, “when you are hurting you run harder” and admitted that as a young man Walker was his idol and that athletics was a favoured sport for him.

Reflecting on 1995 and his second season with Christchurch he said that the focus really was on the World Cup in South Africa and with his former coach and mentor Laurie Mains in charge it was a fair bet that Brewer would be in the mix, especially has he had been secreted into the All Blacks in 1993 by Mains when he was working in the UK for Canterbury Apparel.

Christchurch players who played with Brewer at the time recall his intensity at training and the standards he set on and off the field. They felt that in 1994 he certainly lifted the standards of the team but felt that he was more focused on the World Cup. “It was understandable” said one player, “he was a key part of Mains’ team and once he got a sniff the World Cup became his focus… he did a lot of good in the brief time he was with us… it’s just a pity it couldn’t have been for longer.”

His arrival at the club caused eyebrows to rise because the seniors had not been performing well. Brewer said that it was Vance Stewart who suggested that he join Christchurch but there was a lingering suspicion around other clubs that he had been paid to play for Christchurch and a deal had been put together to get him along. Brewer, when interviewed, emphatically denied that money had changed hands. Derrick Abbott, club chairman at the time, said this was not discussed at the board and then went on to say, “That the rugby committee had a budget and if they needed extra money they had to go and find it.” The inference was that the rugby committee may have made arrangements with Brewer but these were not put before the board.

Brewer’s retelling of the 1995 World Cup campaign made for riveting listening as did his comments on the covert push, by leading All Blacks towards professionalism.

Commenting on the style of rugby the All Blacks played at the tournament he said that it began in Sydney in 1994. “Laurie was very much a systems man, a typical Otago coach, and when things were not working the team was told to go back to the basics, drive it up…use the short side. In Sydney we were down 0-17 at half time and Laurie’s half time instructions were to go back to our patterns…Frank Bunce said that they were not working and it was agreed that the team would try to run the Wallabies off their feet...this got Laurie thinking and when we began preparing for the World Cup he had a completely different game plan. We had to get players to a new aerobic level of fitness and control the breakdowns and he picked a team to do this.’

The story of the brilliance of the All Blacks in their push to the final is well known, as is the food poisoning incident and the heart-wrenching loss in the final. Brewer is adamant that gambling interests were behind the food poisoning that crippled the team. He had formed this view some years after the tournament and believes that the odds on the All Blacks at the start of the tournament were 7 to 1 and that the heavy punters were not about to take any risks with some big money riding on the New Zealanders. He went on to say that he believed that the coffee had been poisoned because only the four players who did not have coffee were not sick. “Jonah had snuck out for McDonalds and was not with the team.”

Commenting on the rebel World Rugby Corporation he articulated the views of many of the leading players at the time and in doing so explained why the rebel organisation was so attractive. He did not disguise his own involvement as one of the leading agents for the Australian based organisation.

“In 1994 I was away from work for a long time. I was the marketing manager and was on paid leave…it was unsustainable for me in my role, and it was tougher for other players. I discussed the situation with Rob Fisher [NZRFU] and said that big unions had plenty of money but the players could not afford to play…clearly the semi-professional/amateur set up was not working…something had to change. When it came to the World Cup in 1995 I took five weeks paid leave and 5 weeks without pay…I had to do this to keep face with my staff.”

Following the World Cup the rebel organisation stepped up the pace and began signing players. Brewer was part of the famous meeting in Sydney when the All Blacks met at a private residence to hear he terms of their contract. “It was a good deal… we were to get a full contract worth $(US) 300,000. The first NZRFU offer was around $35,000…I told Rob Fisher that they had to be joking…when Jock Hobbs came to negotiate he offered me a three year contract but I knew I was not fit enough to last that time so I turned him down…he was very surprised.”

As the All Blacks signed with the NZRFU so did the World Rugby Corporation gently expire. All the players who had signed had received a $100,000 fee and this needed to be collected back. Brewer said,”I’m pretty sure some of the guys kept the money but I got a call from Geoff Levy, one of the key figures at World Rugby, he told me to keep the money because I had kept my side of the bargain.”

Brewer moved from New Zealand to work in the UK. A business venture in Ireland struggled and he became involved in coaching, firstly in Ireland and then at Leicester. 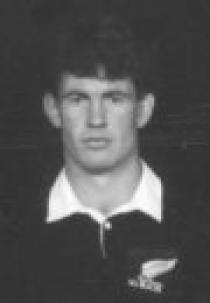