When the 1924 All Black Invincibles played Wales Neil McGregor, playing at first 5/8 was required to stem numerous dribbling raids by the marauding Welsh forwards. Time and again he flung himself at their feet, stopping the rushes and receiving numerous bruises for his troubles. Well respected rugby judge Norman McKenzie later wrote that McGregor would “stop a train or try to.” Neil McGregor’s hard-nosed and skilful play on the field was matched by his whole-hearted commitment to the Christchurch Club either as a coach or around the committee table. His on-field leadership was critical in the two championship wins in 1927 and 1930 and then later during the hard days of World War II he was a resolute voice in the drive to keep the club afloat. His efforts were rewarded with life membership but he remained committed to rugby and at a late stage in his life he was coach of a very enterprising Nelson team in the 1960s.

Neil McGregor was a key member of that great All Black team playing 20 of the 30 games on that tour, including the Welsh and England tests. Usually at 1st 5/8 he possessed good hands, a keen tactical awareness and was a superb tackler. At a little over 10 stone he was versatile enough to play at half back and centre for Canterbury as well as either 1st or 2nd 5/8. His form on the 1924 tour was such that he became a key part of the backline and it is said his skilful passing allowed Bert Cooke and Mark Nicholls the room to display their abundant attacking skills. Moreover it was known that in tough matches Nicholls preferred to be away from the forwards and as Beau Cottrell related could over-read plays so that he was out of the defensive line. McGregor’s team-mate, Bill Dalley, said of him, “he was a grand five-eight, no doubt about that. When he was playing the game he never gave up… he was one of the best tacklers in the game when I was playing.”

He was born in Central Otago and attended Gore High School playing in the 1st XV for 2 seasons and then playing for Pirates in the local competition. He then moved to Wellington and briefly represented that province before moving south and joining the Christchurch club in 1924. In that year he trialed for the All Blacks but did not make his debut for Canterbury until 1925 and strangely played only 15 matches for the province over a 6 year period. McGregor played the first of his 15 matches for Canterbury in 1925 and in the 1927 season was the provincial side’s captain. Canterbury beat Manawhenua in 1927 for the Ranfurly Shield, the first occasion a Canterbury side had lifted that trophy.

Sadly his contribution to the 1928 All Blacks tour of South Africa was not great, playing only 4 games and battling injury for much of the time. In some ways this was not a happy tour. Terry McLean in his book Rugby Legends, describes the manager, WF Hornig as “the worst manager of an All Black touring team” and questions were raised over a split between Maurice Brownlee, the captain, and Mark Nicholls the vice-captain - a man known to be strongly opinionated. McGregor’s Christchurch teammate Alan Robilliard denies the split but there is a strong suspicion that Nicholls surprising omission from the first three tests had something to do with McGregor and Ron Stewart from South Canterbury who were members of the selection panel, and both had been in the 1924 team. Terry McLean believes that both carried grudges against Nicholls from that tour and this was allowed to fester and manifested itself in the non-selection of Nicholls.

In 1929 after returning from the South African tour he became player coach of the Christchurch seniors and quickly fashioned one of the club’s great senior combinations winning the 1930 championship and then the Payne trophy at the time the trophy. This was the trophy for the victor between the Christchurch and Dunedin competition winners.

For a time Neil McGregor’s playing career merged with his off-field work. He joined the committee in 1925 and over the years served in a number of positions including deputy club captain, delegate to the CRFU and vice-president. It was his term as club captain during World War II that is worthy of further mention. The exodus of young men into the armed forces placed the club in a difficult position and the uncertainty around entering teams and keep them going was a never-ending battle. By 1941 there was talk about an amalgamation and there was some logic in linking with the Merivale Club, previously spawned from the CFC. This amalgamation lasted one season and McGregor was a leading advocate of abandoning the scheme and going alone.

In 1936 he was deservedly made a life member and always retained a keen interest in the Club. McGregor retained an interest in rugby, especially in coaching. From 1961 - 1963 he was a selector-coach of the Nelson representative side and from 1965 - 1968, by which time he was well into his 60s, he acted as a South Island selector. Bruce McPhail recalled his influence on the Nelson team saying that McGregor had devised a backline move and the team had practiced all year. In the final game, “against Wellington B at Athletic Park we worked it and it went perfectly and we scored…the whole crowd cheered and Neil was ecstatic.” 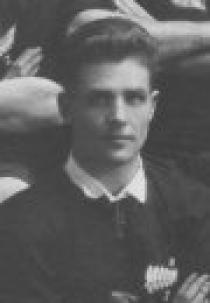